Robotics in Finance and Accounting

Mike Gioja, CIO and SVP of IT, Paychex

Robotics in Finance and Accounting 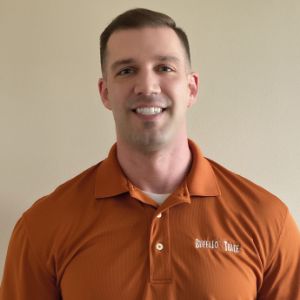 The age of robotics is not approaching for finance and accounting professionals’; it has already arrived. In a 2016 PWC article which referenced a Deloitte article published around the same time, both were in alignment that a significant portion of finance could be automated and they suggested around 56 percent.The areas most automated would be focused on the finance shared services and auditing practices. The ACCA attempted to refute these estimates citing high change management costs along with implementation cost barriers. In my experience of implementing and consulting on robotic process automation (RPA) over the last four years since the articles came out, I can tell you technology is coming out well ahead in the market as costs to implement have come down significantly and nearly all modern ERP systems have some sort of RPA baked into them.

So the robots are here.Does that mean the end of the CPA or CFA? Not at all. My opinion, technical accounting will always remain as we are interpreting ever-changing accounting laws and regulations, robots perform best in repeatable processes that don’t necessarily change every year or with every new administration. In the FP&A space, I can build an automated forecast which has proven to be more accurate than human forecasts by a significant factor, but that forecast BOT won’t be interacting with the business to turn the forecast into meaningful actions. I see the accounting and finance professions partnering with technology to reduce the mundane tasks humans currently perform, allowing them to focus on the strategic interactions with the business.

​see the accounting and finance professions partnering with technology to reduce the mundane tasks humans currently perform, allowing them to focus on the strategic interactions with the business

In this new way of working, I do believe the outsourced shared service model has its days numbered. Setting up shared service centers in low-cost locations (nearshore and offshore) had a good run but they, like RPA, typically performed repeatable processes with clearly written standard operating procedures. With the cost of implementing BOTs falling greatly over the last two years and the increasing ease of use for business users to set them up themselves, I would argue setting up a new RPA solution for an accounting process is easier than training members of a shared service center on it. For those not overly familiar with RPA, it is essentially an Excel macro that is capable of operating in multiple systems.Meaning, you can record it to go from your ERP system to an intercompany system such as Blackline and back to your ERP system to book entries. I have used this model previously to automate intercompany transactions where the company had older ERP systems in some of its smaller regions and Blackline was not capable of booking entries back into the source systems. This way, we were able to automate intercompany and remove that work from our shared service center in the region entirely.

At this point, I know some people reading are thinking, “so IT is going to come in and replace my job or team members.”I, however, do not see IT playing the major role in this transformation, rather I see them supporting the infrastructure needed for RPA to run on, owning the relationship with the RPA vendor, and possibly supplying monitoring services. The people implementing the BOTs will increasingly become the business users themselves. IT won’t know the calculations or rules to automate whereas the accounting and finance professionals will. RPA no longer requires in-depth programming to setup, and there are even tools today that monitor your various processes and highlight where you should implement a BOT to get the biggest bang for your buck (process mining for those wanting to research further). The accounting and finance workforce of the future will eventually become part technology leads and part accounting/finance professionals, so I would strongly suggest beginning to retool your workforce now and signup for the many free courses online for RPA. The robots are already here after all, and the only question now is will you adopt or be left behind?

Giuntabell : Financial Specialists in the Charity and Non-Profit Sector

Gorilla Expense: Taking the Pain Out of T&E Reporting

Net at Work: Unleashing the Full Potential of Businesses

Unlocking the Value of Connected Cars

Comprehensible Distribution of Training and Information...

The Current Focus is On Comprehensive Solutions

Big Data Analytics and Its Impact on the Supply Chain

Carmax, the Automobile Business with IT at the Core

The CIO's role in rethinking the scope of EPM for...

Transformative Impact On The IT Landscape

Get Ready for an IT Renaissance: Brought to You by Big...

Technology to Leverage and Enable

Speed is the Name of the Game

The Need For Data Integration And Apis In Today’s Benefits...

How To Implement A Successful Data Strategy: A Success Story

Model Implementation: On The Psychology Of Large-Scale Technical...